President Donald Trump reacted angrily to the third night of rioting and looting in Minneapolis on Thursday in reaction to the death of George Floyd.

“These THUGS are dishonoring the memory of George Floyd, and I won’t let that happen,” Donald Trump wrote on Twitter.

The president criticized Minneapolis Mayor Jacob Frey as a “very weak Radical Left Mayor” who was failing the city of Minneapolis.

“I can’t stand back and watch this happen to a great American City, Minneapolis,” he wrote. “A total lack of leadership.”

Multiple businesses were set on fire as rioters attacked the 3rd Precinct headquarters. Frey said it was his decision for police to abandon the precinct, citing the danger to both police and protesters.

“The symbolism of a building cannot outweigh the importance of lives of our officers or the public, we could not risk serious injury to anyone,” he said defending his decision in an early morning press conference, adding that, “brick and mortar is not as important as life.” 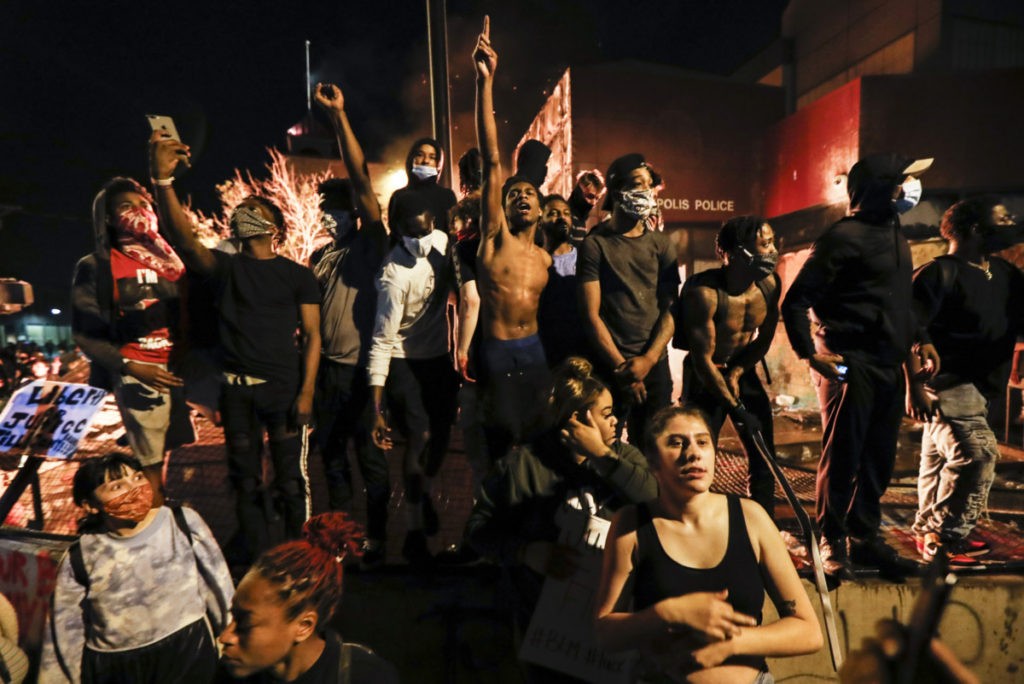 Protesters demonstrate outside of a burning Minneapolis 3rd Police Precinct, Thursday, May 28, 2020, in Minneapolis. Protests over the death of George Floyd, a black man who died in police custody Monday, broke out in Minneapolis for a third straight night. (AP Photo/John Minchillo)

Trump threatened to send in the National Guard to Minneapolis to “get the job done right” and said he spoke to Gov. Tim Walz about sending the military to assist him.

“Any difficulty and we will assume control but, when the looting starts, the shooting starts,” he wrote. “Thank you!”

The slogan “when the looting starts, the shooting starts” was used by former Miami Police Chief Walter Headley in 1967 announcing a tougher new policy for policing black neighborhoods, according to The Verge which Twitter believed.