The debate over guns in America has surged again to the forefront of conversation in the wake of the horrific school shooting in Florida last week.

A deranged gunman went on a rampage through the Stoneman Douglas High School in Parkland, Florida, killing 17. Many are calling for stricter gun laws in the wake of the shooting.  One of the students of Stoneman Douglas said this weekend that his coach, who died in the shooting, would have then able to confront the gunman had he been able to carry his firearm to school.

While the idea of arming teachers is a controversial one nationally,  a school district in Texas has been arming their teachers for over 4 years. The Argyle School Independent School District decided in 2014 to allow highly trained members of staff to carry guns on campus to prevent mass shootings.

On MSNBC this weekend, Sheriff Paul Cairney of Argyle, Texas, described the process by which staff members can carry firearms in the school district. The Sheriff said that the staff at the school who choose to carry a firearm go through an intense round of interviews and training before they are allowed to carry on campus. The MSNBC host was flabbergasted at the practice and asked the Sheriff about concerns for the safety of the students in the school when there are firearms around.

The Sheriff said the practice is heavily restricted, but the “time to do nothing is over”  when it comes to combating school shooters. 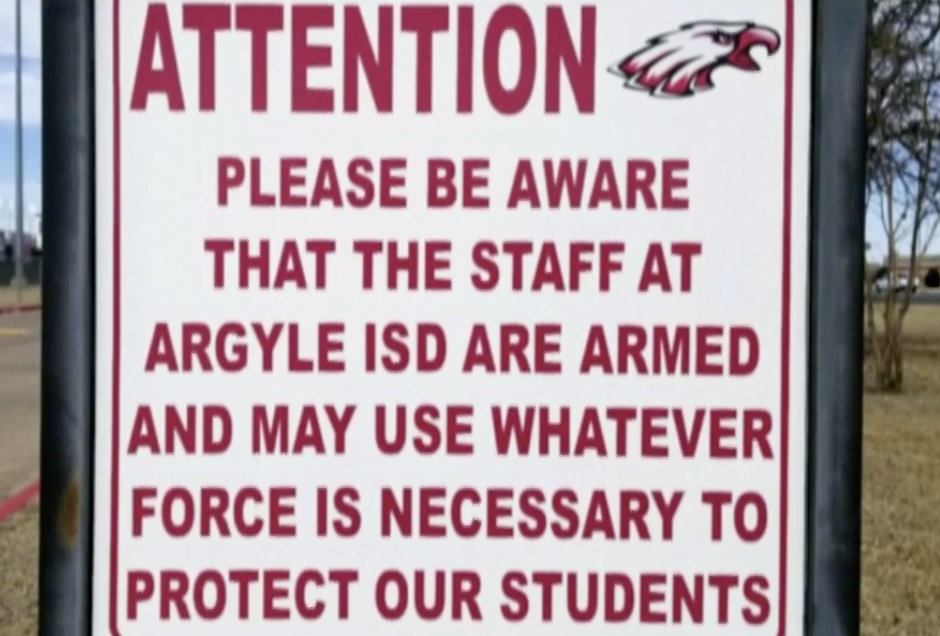 Here is the process to carry a firearm in the Argyle school district, according to a recent ABC report:

To become a school marshal, those employees must undergo extensive active shooter and firearms training with the state. They must also undergo a mental health evaluation.

They receive a school marshal designation by the Texas Commission on Law Enforcement and must renew their license every two years by undergoing the same training and evaluation.

Outside of campuses in Keene and Argyle, signs warn visitors that there are staff members who are armed and are prepared to protect children.