Rob Reiner is making the outlandish claim that President Donald Trump doesn’t care about the health of his supporters who will attend his upcoming rally in Oklahoma, alleging that the president is “OK if his cult followers in Tulsa die.”

But Rob Reiner himself is apparently “OK” with #BlackLivesMatter protests that have seen hundreds and sometimes thousands of individuals crammed together in the streets in blatant disregard of COVID-19 social distancing guidelines.

Rob Reiner made his latest allegation against President Trump in a tweet in which he called the president a “sociopath.”

“Feeling Americans are devastated by the heartbreaking loss of life from the dual viruses of racism and corona,” he wrote. “Our President, a sociopath, doesn’t care. He’s even ok if his cult followers in Tulsa die. Nov. 3 can’t come soon enough.”

Feeling Americans are devastated by the heartbreaking loss of life from the dual viruses of racism and corona. Our President, a sociopath, doesn’t care. He’s even ok if his cult followers in Tulsa die. Nov.3 can’t come soon enough.

Rob Reiner was referring to President Trump’s planned campaign rally in Tulsa, Oklahoma, set for Saturday at the Bank of Oklahoma Center. The Trump campaign has stated that it will make masks available for attendees and will also provide hand sanitizers. The campaign said it will also take temperatures of attendees.

Over 1M ticket requests for the @realDonaldTrump #MAGA Rally in Tulsa on Saturday.

Before entering each guest will get:

There will be precautions for the heat and bottled water as well.

The Tulsa rally marks President Trump’s first campaign rally since the Chinese coronavirus swept the globe. There have been more than 1 million ticket requests for the event, according to the Trump campaign. The venue reportedly accommodates up to 19,000 people.

Mainstream media outlets have tried to portray the rally as a potential COVID-19 risk, even though many of the same outlets issued no similar warnings about the recent #BlackLivesMatter protests in cities across the country.

Rob Reiner, who has endorsed Joe Biden for the presidency, has supported the BLM protests, recently retweeting a video of a May 30 event in Denver where thousands of protestors gathered in tight conditions to chant “I can’t breathe.” 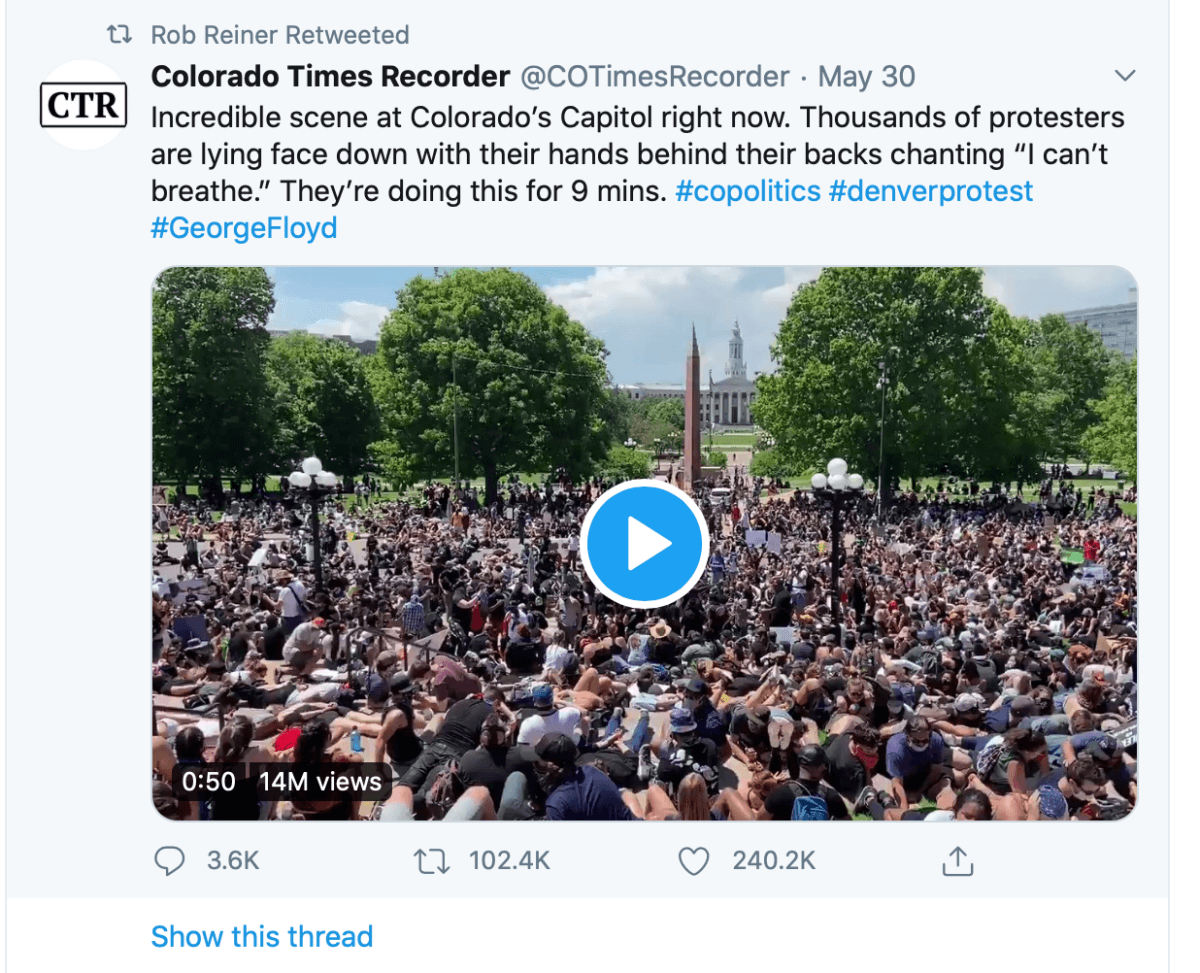