Las Vegas Sheriff Joseph Lombardo told a press briefing an officer was shot around 11 p.m. Monday night and is in critical condition and on life support at University Medical Center.

Sheriff Joseph Lombardo said officers were dealing with a large group of rioters at a George Floyd protest near the Circus Circus hotel-casino when the officer went down.

Rioters were allegedly throwing rocks and debris at the officers before the officer was shot, KTNV Las Vegas reports.

SWAT and K9 at the scene responded and were able to apprehend the suspected shooter while a second shooting was also notified:

My Office has been notified that the Las Vegas Metropolitan Police Department is currently working two separate incidents in Las Vegas. The State is in contact with local law enforcement and continues to monitor the situation.

The second incident occurred at the courthouse on South Las Vegas Boulevard after officers who were posted to protect it from rioters. They encountered a suspect at approximately 11:22 p.m. armed with multiple weapons and appeared to be wearing body armor.

When authorities approached, the suspect reached for one of those weapons and was subsequently shot by the responding officers, ABC News reports.

The suspect later died at the hospital.

“This is a tragic night for our community,” said Sheriff Joseph Lombardo. “With these protests, which are leading to riots, one tragedy is only leading to another … our investigations into both these incidents will be ongoing throughout the morning.”

“What has occurred is utterly, utterly unacceptable and I hope the community sees it that way too,” he concluded. 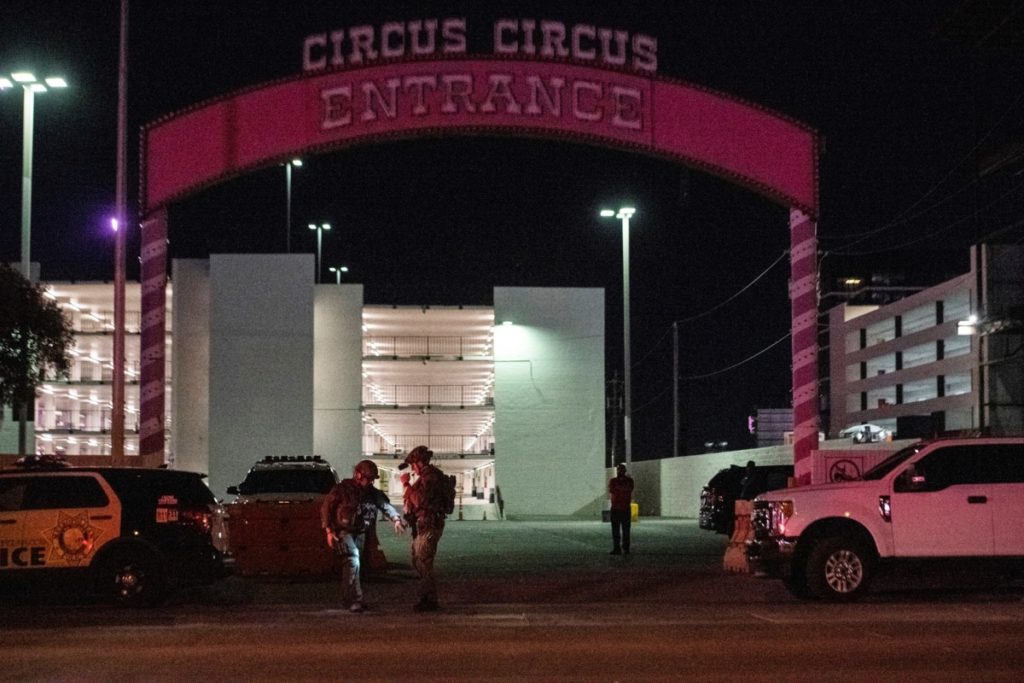