More Americans believe that President Trump has the personality and leadership qualities to be president than two years ago, and he topped former President Barack Obama’s rating for working on issues most important to them, according to a new survey.

Gallup found that 47% agree with Trump on the issues, edging Obama at the two year mark of his presidency. In April 2007, 45% agreed with Obama on issues, said Gallup.

And Trump was graded more in line with the political ideology of Americans than Obama and former President George W. Bush. Asked about Trump’s ideology, 38% said it was “about right.” Some 35% said the same thing about Obama, and 36% for Bush.

“Like his ratings on presidential character, Trump’s issue ratings are better than the last time Gallup asked the question. The 47% of Americans expressing agreement with Trump on issues is up from 39% in July 2017,” said the analysis. 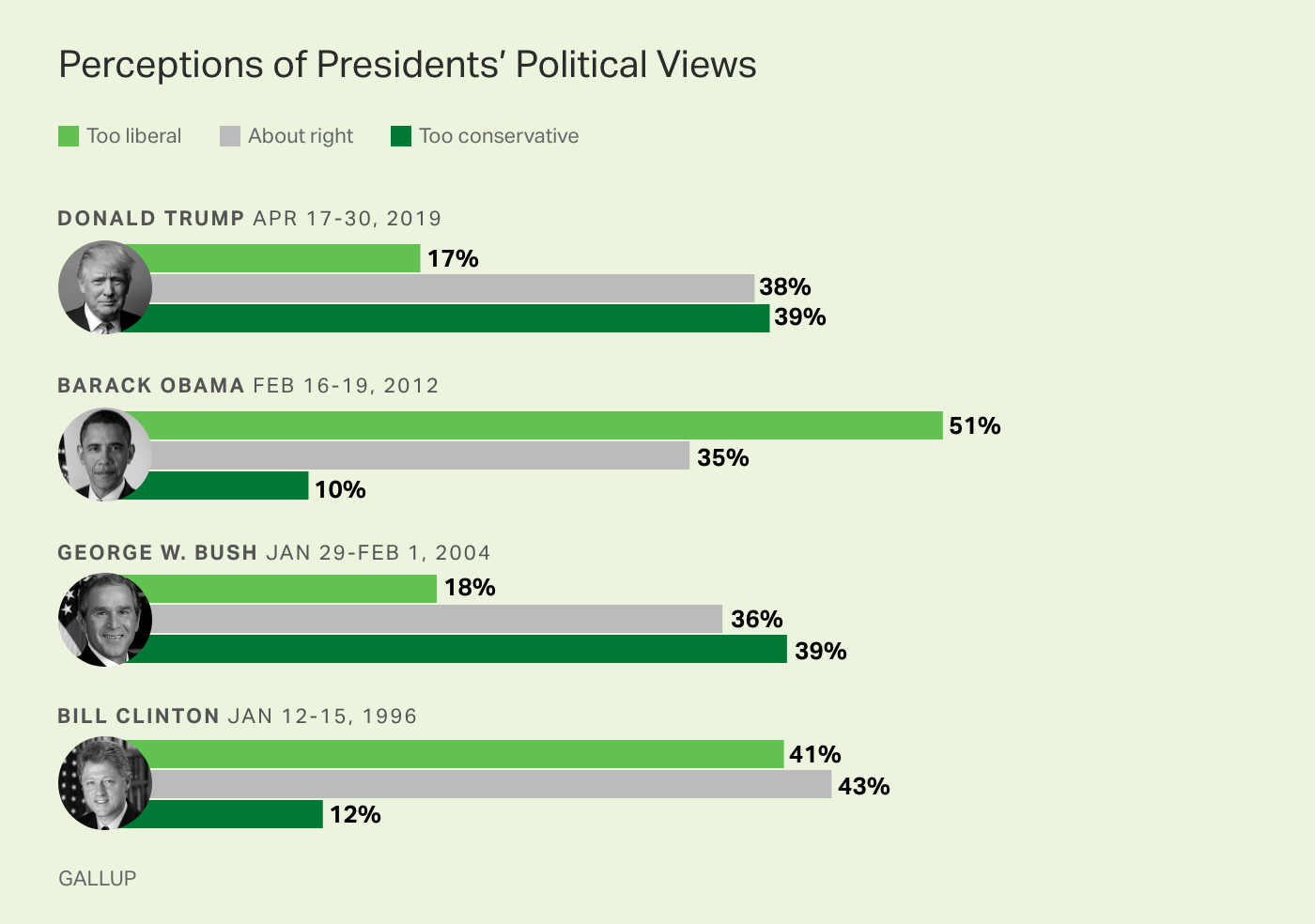 “Democrats also must be careful not to nominate a candidate who is perceived as out of the mainstream on issues. Doing so could elevate issues as a voting factor and work to Trump’s advantage if more voters say they agree with Trump than the Democratic candidate on the most important issues,” said the polling outfit.

More Americans today (40%) than two years ago (33%) believe President Donald Trump has the personality and leadership qualities a president should have, although that still represents a minority of the public. https://t.co/9sWBpVjcYR pic.twitter.com/5KqQWyF2uG

The latest survey, however, found that Trump has a character rating deficit and that could hurt him if the 2020 reelection campaign comes down to that.

Gallup found that 58% disagree that Trump has the character aspects of leadership and personality to be president.

“Democrats can enhance their odds of beating Trump in 2020 by nominating a candidate who is perceived as having a strong character. That is something they did not do in 2016, when Hillary Clinton was the Democratic nominee. She, like Trump, was widely thought to be dishonest and untrustworthy, thus negating one of Trump’s obvious weaknesses and making character less of a factor in voters’ decision-making processes,” said the analysis.