As riots rage on the streets of Brooklyn Center, Minnesota, armed civilians were photographed standing guard outside a business to keep looters away.

The riots are occurring one day after 20-year-old Daunte Wright was shot and fatally wounded by a Brooklyn police officer during a traffic stop. On Monday, Brooklyn Center Police Chief Tim Gannon indicated the officer may have shot Wright accidentally.

He explained that while police were focused on protecting the police building from one set of rioters, others were allegedly looting various stores at will.

He posted video of the alleged looters, followed by a photo of showing a store where armed civilians stood guard and no looting was occurring: 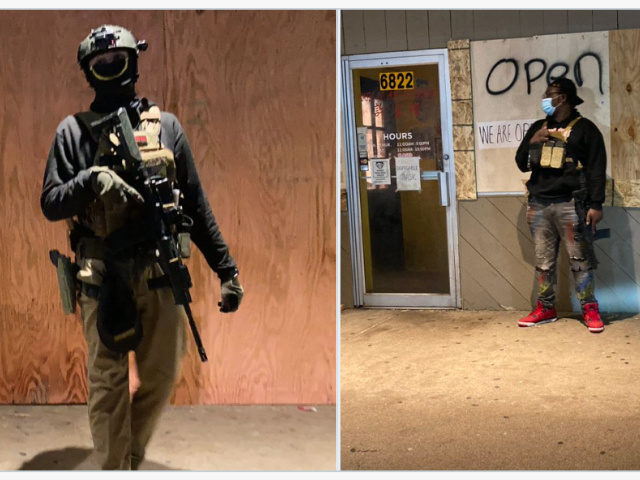 Similar defenses of businesses were seen during the riots that erupted in response to the death of George Floyd. On May 30, 2020, Breitbart News reported that some Minneapolis store owners armed with AR-15s, AK-47s, pistols, and other firearms, banded together to protect their property.